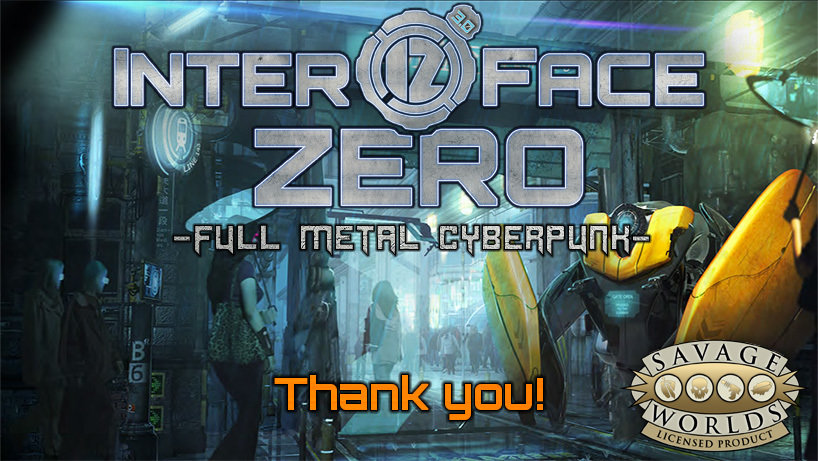 
Hi everyone, lately I've been thinking about cyberpunk character names and what separates them from other sci-fi genres. One element is alliteration. You get names like Billy_Black_Eyes, Molly Millions, Maximum Mike, Console Cowboy, etc.. Which is cool. I use it frequently. The name of the  razor girl in the image above is Kayla Kill-shot (art done by the brilliant Adam Kuczek ). You'll see her in New Los Angeles.

There are other ways cyberpunk names differ from other genres. Many times, you'll see names with some kind of reference to computers, like Nano Redhat, or one-word names, like Argent, Armitage, Case, Siren, Wraith, etc.

Sometimes, reading through them, I get the impression I'm reading chat logs from an MMO, but at the same time I really appreciate the diversity and general attitude they bring to the genre.

With that in mind, let's play another game!  List some names of NPCs, gangs, etc. you think would be cool to see in Interface Zero 3.0.  I'll pick the ones I like best, and we'll find ways to work them into the setting. You may not see full page write-ups, or statblocks, but if I like them, they get in there somehow. ;)

What an awesome achievement!  As promised, I'll do bonus content; around 32 pages, which will give you some insight into New Los Angeles!  You'll read about the history of this broken city, and how it's being rebuilt in the wake of the Reclamation War. You'll get the skinny on existing and emerging factions, new NPCs, weapons, armor, Golemmechs and a couple of One-sheets to get you started!

Thanks so much for your continued support everyone!

Thank you all so much for supporting this kickstarter!  We've in the home stretch now. There's just seven days left!

If so, I'll do some bonus content in PDF form. It might be a One-Sheet, Expanded Hacking rules for those of you who want more crunch, or some other cool stuff (suggestions welcome). So continue to spread the word!

Let's play a game of cyberpunk slang. It's been years since I viewed it, but over on rpg.net there was this long thread about cyberpunk slang terms. They listed names for everything, including titles for "moves" or operations, terms people used to express an opinion, etc.

So, I figured it might be fun to start that up for terms in Interface Zero, and let you contribute to the lexicon! I'll get the ball rolling:

We passed the  stretch goal! Everyone will get this book in PDF, and you'll get vouchers to get it in POD!

Next; The Zero's Guide to the Solar System!